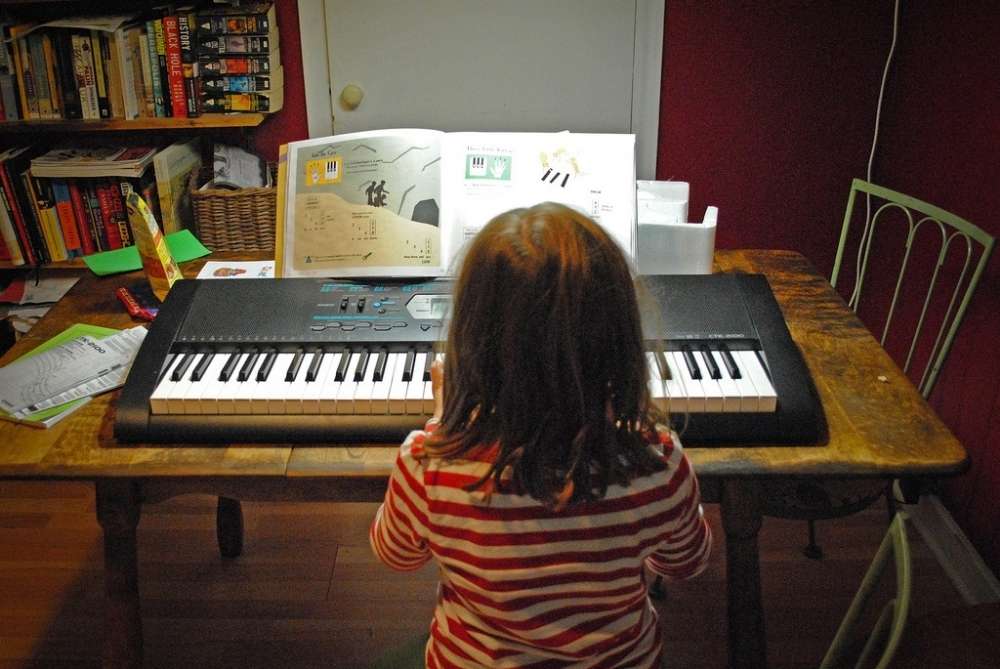 It’s All About Practice

Practice, practice, practice. You may have heard this so many times, you’re probably sick of it!  It’s not limited to singing or music, and it can be used with other terms, but the fact of the matter is that it’s all around us, and it’s very, very important.
What is practice, then? The class-clown will probably (and quickly) say that is repeating the same thing over and over until you get good at it. There is some truth in there, but practice is more than just repetition, it is mostly about awareness and being prepared. You see, repetition without a purpose and a good reference, is far from good. Think about it, if someone teaches you to kick a ball by swinging your leg wildly, you are probably going to get a lot of power out of that kick, but also little to no control. Also, with such an exaggerated move, that has little concern, about the mechanics of the body, you could injure yourself in the long term. This may be common sense for many, but the reality shows otherwise. As a Certified Throga Instructor I had to deal with many voices that needed some rehabilitation from abuse and poor technique. Because they didn’t get injured for not practicing; they got injured because they practiced in the worst possible way.
Now, let’s dig into this “repetition” logic even further. Let’s say Popular singer A has never taken voice lessons, but they are highly successful. In this case, why is there a need to practice? Don’t we always say, “If it’s not broken, don’t fix it”? Very true, but when it comes to singing professionally, “sounding good” is not enough. Think about it, you may be on the road most of the time, you may sing almost every day, sometimes twice a day. You won’t get much sleep and on top of that there are contractual stipulations that may reduce your free time even further. At this point, an untrained singer just mimics and repeats the song over and over again; and with the voice worn down, the “okay practice” that they used to do now is a “poor practice” because conditions have changed, but the singer only knows one way to do it. And that’s how problems arise, sometimes.
This is how practice can not only make you a better singer, but it can also save a career: stop thinking that it’s just doing the same thing over and over. Whether it is vocalizing, rehearsing your songs or just making sure your voice is in good condition, the purpose is still the same, to have your instrument in the optimal condition. Probably sounds boring, though. Right?  Don’t feel bad to say so. It can get quite excruciating and monotonous to do the same thing every single day for the rest of your career, but truth is, it doesn’t have to be!
When it comes to singing. An instructor should be able to prepare you in a way that you probably didn’t know before. They shouldn’t keep you at the same level all the time. In other words, you, as a singer should be challenged all the time, and this means a routine of exercise that will never be the same. At the same time, it’s always recommended that you try more songs that the one or two that may be stuck on your head at the moment. This can help against the dreadful feeling of monotony, which is one of the main reasons why people just stop practicing altogether. But the fact of the matter is this. You want to get good at something? Practice and practice good. You want to be a master at something? Practice, and practice wisely. Don’t just use recordings from YouTube or other online courses, because sooner or later they may also become repetitive and more important, you need real-time feedback. Once you have a good grasp of awareness and perception, you’ll start to notice positive changes in yourself and your instrument.
In summary, practice is not just about repetition, and not about doing the exact same thing always. It must have an objective, it must be carefully prepared by an experienced mentor, and you must have to follow up on it with lessons to make sure you are on the right path, and thus, create the awareness that you need to master your instrument.

So, with all that being said, are you ready to practice now?

Articles on Singing:
Go to Top